Over the last several days, there has been a lot of noise in the yard, hammering and sawing.  The framing crew itself, however, is quiet.  No music, resting quietly after lunch in the shade.  I’m enjoying the sounds of progress, it’s not yet an intrusion on my day.

Reflecting back over the work that’s been done, I’ve been reminded of the Eric Carle story, The Very Busy Spider, which we’re reading a lot right now.  In it, a spider gets blown across a yard and alights upon a fence to spin her web.  From the second story window in the school across the street, I can see a nice framework for a web. 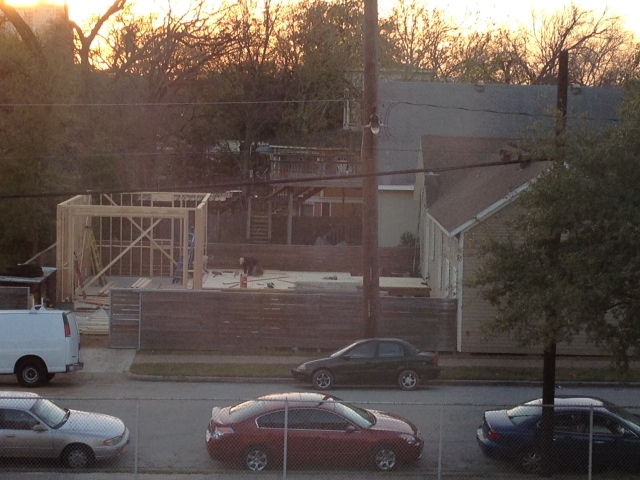 Despite the attempted interruptions of various farm animals, the spider keeps to herself, slowly building her web without wavering from her task.  The framing crew is much like this, in that they begin at 7am every morning, and by 8:15 they’ve made significant progress.  I appreciate that they have taken our drawings, our only communication about this house, and have assimilated them such that they don’t have to wonder, question, what they are supposed to do.  We are lucky to have great communication between us, our contractor Brett, and the framing crew.  This is probably the most important relationship we’ll have during this construction process.  Having a precise web-building crew will help ensure the other trades an easier job later. 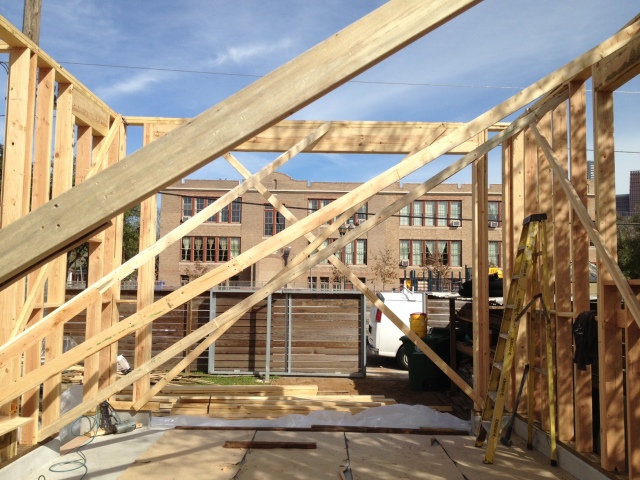 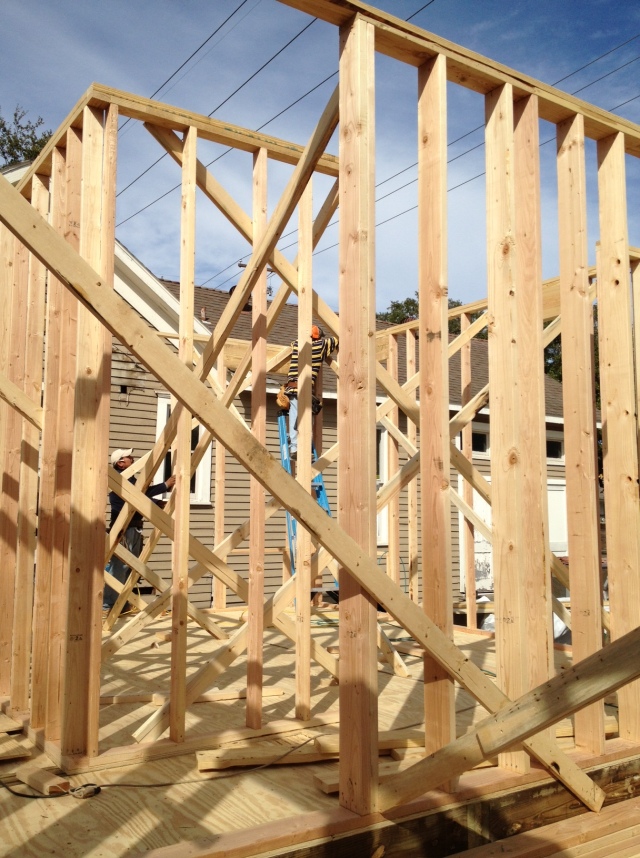 Despite the busy nature of a web, it is dependent upon a solid framework.  As I spend time in our webbed structure, I am slowly learning what it will be like to be there.  It is an important part of the construction process, spending time within the new space, standing looking at the light and the view.  Seeing the spaces unfold and build upon each other.  Squatting in mock-tv watching stance from the new invisible sectional.  Showing the kids where to use the potty when in a hurry.  Designating the spot where we will put our shoes when we come in from outside.

For a client who is spending their construction year out of the country, I am blogging for them privately, so that they may have a record of the progress both visual and verbal.  I realized as I began writing about their new space, that the important lesson I was trying to convey was the sense of experiencing the house before it is complete.  As it’s being built, I’m trying to give them the understanding of their space as if they had been here slowly building their web. 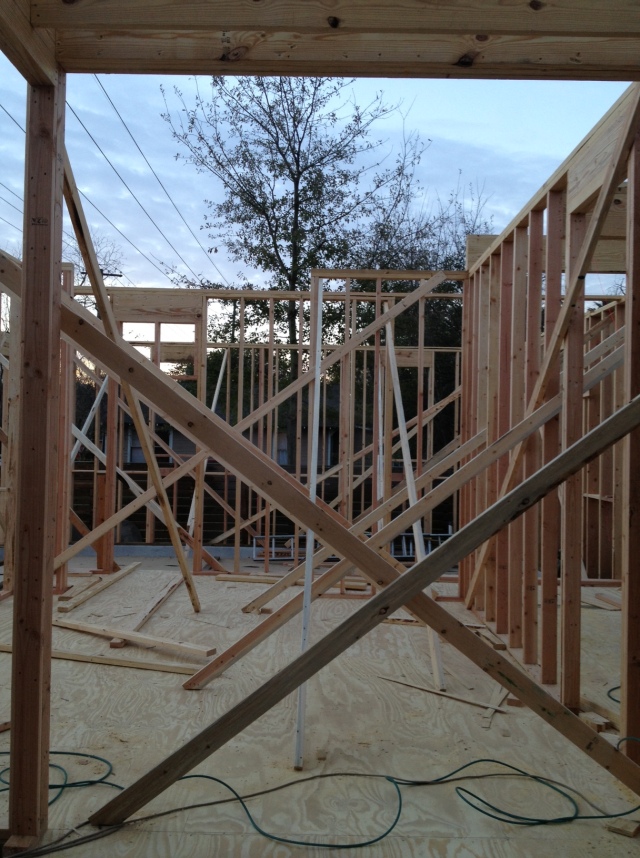