While I was out in the garage this afternoon trying to make sense of the “space”, which is nothing more than a few wall studs, I noticed a small stash of found bottles.  Since there was a lot of digging in the yard, pushing dirt and mud around, and rearranging gravel, I can only imagine when they turned up.  Obviously someone in the construction crew appreciates them as much as I do.  I like found nuggets from history.  They are not always display worthy, like mid-century furniture or artwork, but their humble beginnings spark my imagination.

My parents once found remnants of a small airplane that had reportedly crashed into their house above the dining room window, because the pilot was holding a conversation with a friend on the ground, all while flying over the neighborhood.  I doubt we’ll find anything quite that illustrious, but perhaps when we do a little more excavating on the old house we’ll turn up some fun objects to ponder.

When we first bought the house, it was filled with what I would call “folk art”.  It was almost graffiti, and certainly the work of an artistic person who wanted to surround himself with vibrant imagery.  We asked a photographer, Debora Smail, to document the work, and she captured what was here in such a compelling way.  I had forgotten about those photos and was delighted to revisit them just now.  I wonder if “Vincent” was the artist in residence? 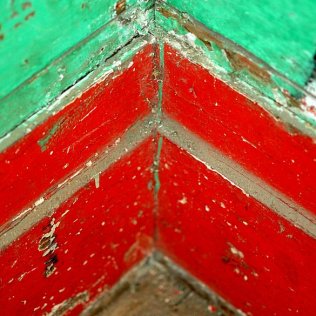 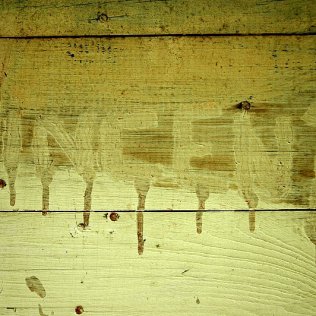 And now for the big reveal… our garage…

I know it doesn’t look like much, but I already know what the view is out the windows, and am imagining how I’m going to get to all that space up high where I’d like to store my… I don’t know what yet.  What I do know is that the framing crew is so thoughtful in their execution of our design.  It’s as if they value and respect the work that we did in the design, that’s documented in the plans, as much as I tried to value and respect the work of “Vincent”.  We’re all artists after all, aren’t we?